The Super CheapThrift was calling to me and today was the day I would go!  Yeah me!  I bought just enough to be able to handle and just enough to make me happy.  A win-win! 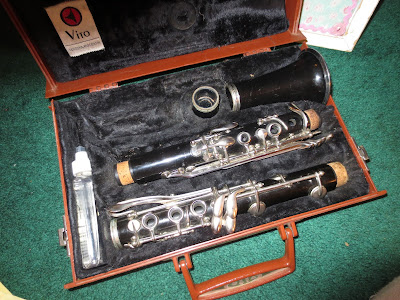 The first item I spotted as this Clarinet.  It is missing the mouthpiece, but that can be replaced.  I'll probably put it on Craigslist in August when school starts. 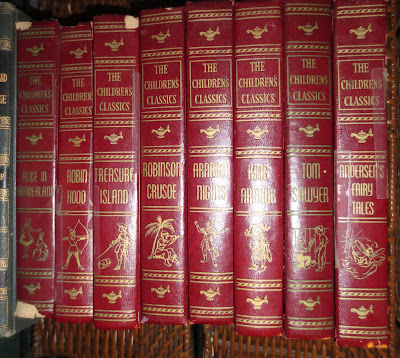 I got this great old set of Children's Classic Books for $1.50.  There are ten total.  They will go to the booth. 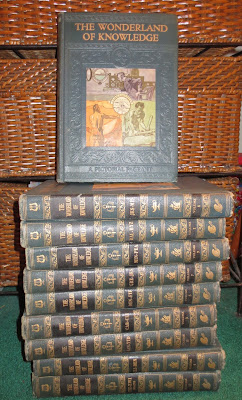 I spotted these great old 1950's Wonderland of Knowledge books in a box in the book area.  They weren't priced, so I assumed they would be the usual 50¢ per hardback book price.  So, I schleped them up to the register and asked them to hold them for me.  When it came time to check out, the two ladies asked me how much they were.  I told them that they weren't priced, so I thought they would be 50¢ each.  "Oh, but they are OLD!" they said.  And, "they are a SET!" they added.  "We need to ask someone in the back how much they are!"  So, two women from the back came out and the four of them stood around the box, each one picking up a book and opening to the inside cover, "The 1950's! " I heard one exclaim.  "A whole SET!" I heard another one say.  Finally the two ladies recessed back to the backroom and the other two women finished up with the rest of my items.  When they were done, I asked, "Well, what did you decide about the books behind you?"  "OH!" they said.  "Well, since they are OLD and since it is a SET - they are all FREE." 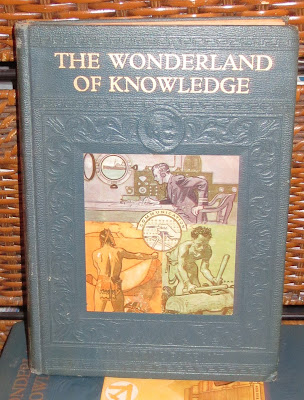 Well, who am I to argue with little gray haired volunteer thrift store lady logic like THAT?  I did tip $2.00 to my total because it was just too good of a deal.  They aren't particularly valuable, but they are just lovely with the old graphics and pictures.  There is value in a lovely old set of books to display on a shelf. 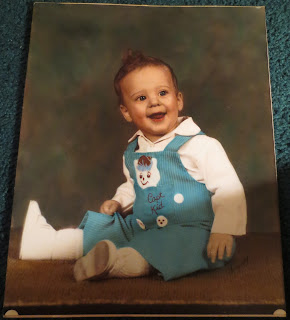 This old 8 x 10 was too cute to leave behind.  It had slipped out of a frame along with a few others, so I stuck them back in the frame and paid $1.00 for them all. 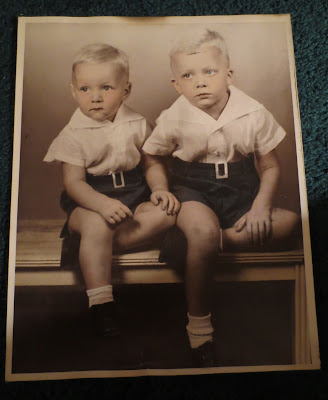 This one was my favorite.  Love those high waisted shorts and belt buckles. 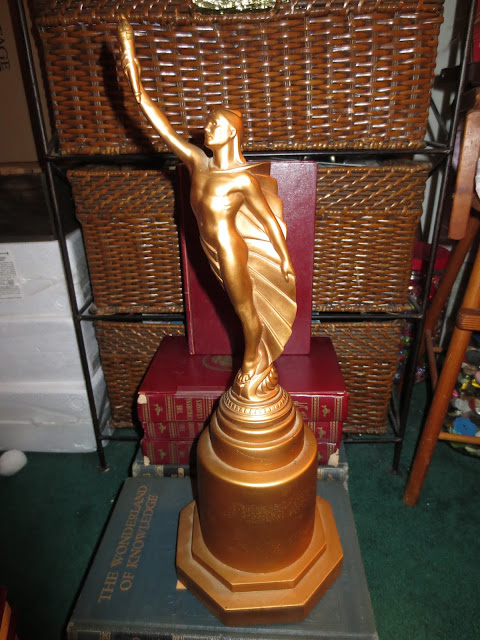 I also scored a great art deco trophy.  A lady behind me in line asked me where I got it about nine times.  "Uh, in here" I said.  She acted like she wanted to go back and get the rest of them.  As if I would have left any of them behind.  It heavy pot metal and really lovely.  It's made by a trophy company, but I don't know if it really was a trophy or not.  I do know it was only 50¢, and that my friends, was a DEAL!
Posted by Shara at 11:30 PM